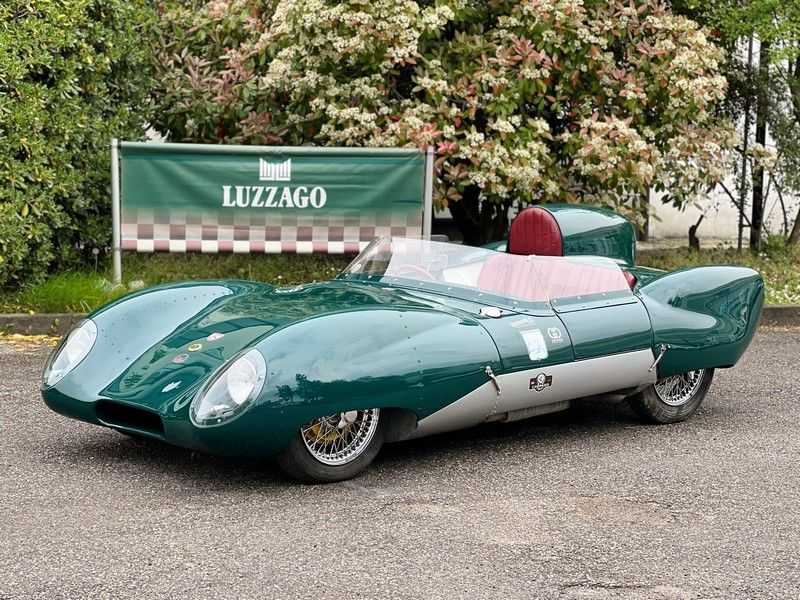 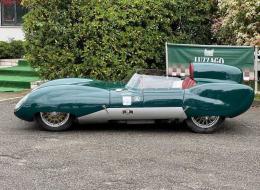 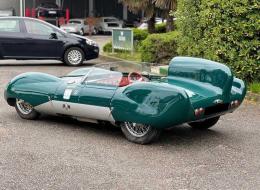 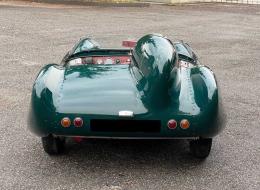 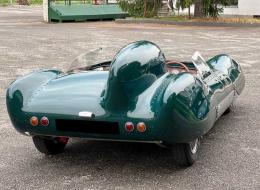 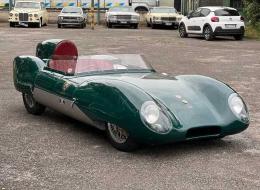 HISTORY OF THE… MODEL:
The Eleven was designed by Colin Chapman, while the streamlined shape derives from a study by the engineer Frank Costin. Its standard version, nicknamed Le Mans, was equipped with an 1100 cm³ Coventry Climax engine mounted in front of a tubular frame and had De Dion rear suspension and 240 mm disc brakes. It was an extremely light car with a laden weight of around 450 kilograms. Versions with 1100 and 1172 cm³ displacements of the same Climax engine were also produced, however, equipped with drum brakes. Other versions of the Le Mans were then modified to meet the requirements of the GT class, with the addition, for example, of gullwing doors on a fully enclosed body.


Lotus Eleven in Donington Park
Despite the wide range of engines installed, the car was mainly built to compete in the 1100 cm³ class where it actually proved to be among the most competitive of the 1950s. Some other Eleven were later equipped with the 1500 cc Coventry Climax to compete in the same displacement class. The Eleven is one of the most successful Lotus cars: it has broken several records, the most important of which belongs to Stirling Moss for a lap in Monza at an average speed of 229 km / h. He also reported class victories at Le Mans and Sebring.

In 1957 the Eleven underwent a substantial design change, with new front suspension and an improved transmission. Officially called Eleven Series 2, this successor model is also known as Lotus 13, although it is not an official name (perhaps due to the fact that it was launched in production between the Lotus Twelve (model 12) and the Lotus Elite (model 14). The number 13 was never officially used by Lotus.

We do not have the possibility to constantly update our prices and ads so it is possible that the selling price displayed may be changed. It is the burden of the buyer to verify all information, datas and inspect the vehicle before proceeding to purchase. We are able to supply any kind of documentation upon request.

For further information we are at your disposal please contact us at +39 030/2411531 mail to info@luzzago.com